A Positive Aging Mindset May Slow the Aging Process 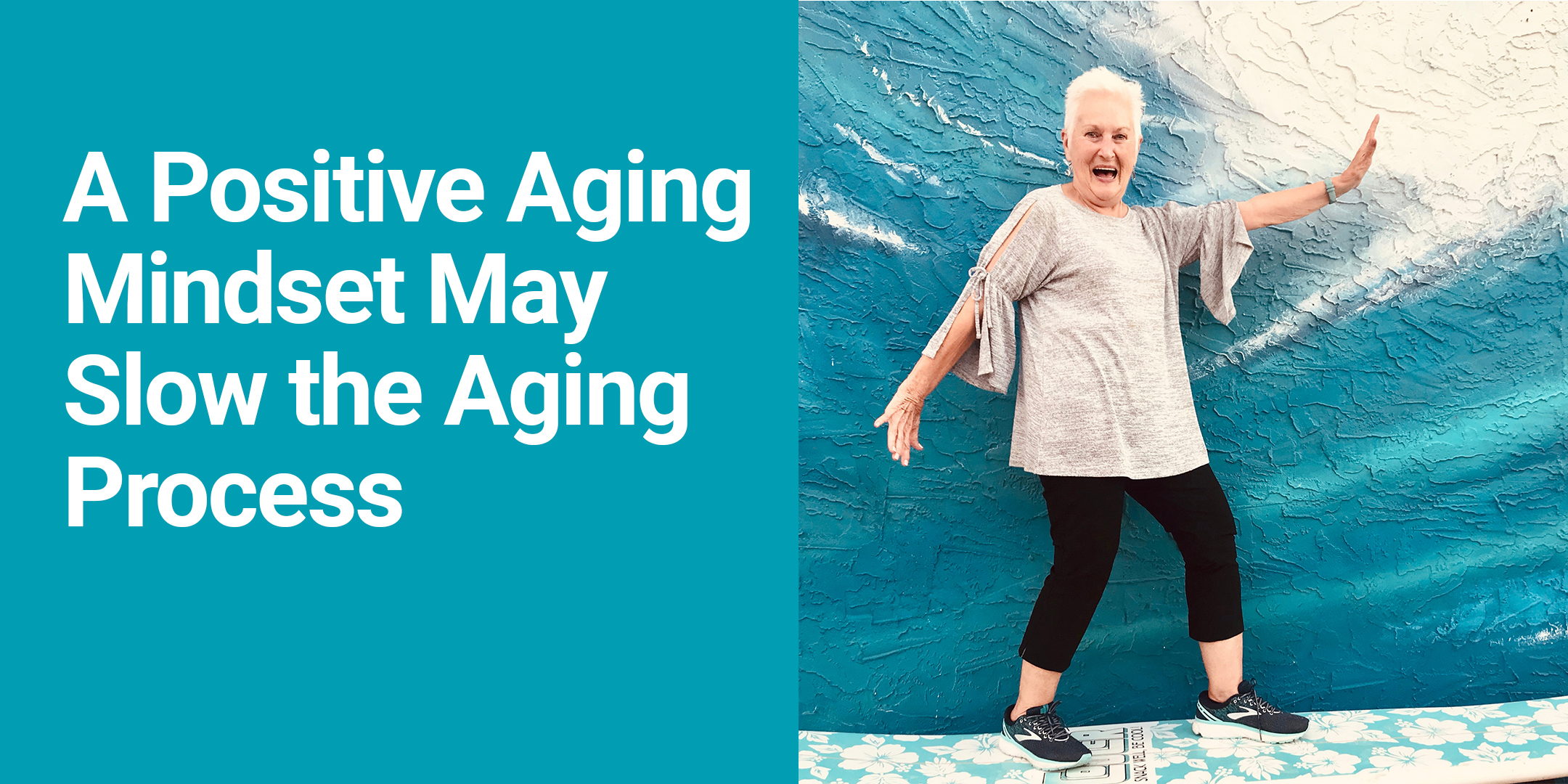 “Age is just a number.” “You’re only as old as you feel.” “Age is a state of mind.” Such clichés may seem trite, but there’s more and more evidence that these sentiments about aging may be quite accurate.

Ellen Langer is a renowned Harvard social psychologist who has been researching the mind-body connection for more than three decades. Perhaps most notably, in 1979, she conducted the so-called “Counterclockwise Study.”

For this research, Langer studied eight men in their 70s who lived in a specially designed residential retreat in New Hampshire that was a recreation of a social-physical environment from 20 years earlier — the year 1959. Books, TV shows, music all evoked life in 1959 when the men had been in their 50s.

The men in the experimental group were told to not just reminisce about life 20 years earlier, but to actually act as if it were 1959. They were told to speak about historical events from that time period and use the present tense about them as though they were just happening. A control group lived in a similar environment but didn’t behave as if it were two decades earlier.

The experimental and control participants were assessed for hearing, memory, dexterity, appetite, and general well-being prior to and after residing in this time warp-like setting for one week.

The impact on the aging process

All of the men in both groups showed improvement to all of the study’s measures after the week, but the improvements were particularly notable for the experimental group that had acted as though they were actually living in 1959.

Of course, this Counterclockwise Study was a very small, homogenous sample — just a handful of men — but other similar studies have had parallel results. For example, one longitudinal study surveyed 650 people about their views on aging. Researchers checked back with participants 20 years later, and those who had had more positive feelings about aging had lived an average of seven years longer than those with negative attitudes about growing older.

Still another study found attitudes about aging can have an impact on people in a very short period of time. Researchers had study participants read a list of words with negative connotations about aging. Within just 15 minutes of reading those negative words, the participants were walking more slowly than they previously had.

Putting a positive spin on aging

Of course, age isn’t entirely in your head. There are lifestyle choices that can dramatically impact your health, how you feel, and ultimately your lifespan. For instance, people can extend their lifespan by around four years by taking steps to lower their blood pressure and cholesterol levels. But research like the Counterclockwise Study shows that the mind does indeed have a great deal of control over the body.

Dr. Manfred Diehl is a professor of human development and family studies at Colorado State University focused on successful and healthy aging. He has extensively researched adults’ perceptions and understanding of their own aging process. He also has examined how adjusting middle-aged and older adults’ negative views on aging can encourage the adoption of behaviors that are known to promote more positive aging.

This is Dr. Diehl’s list of ways seniors can adopt a healthier mindset about the aging process.

As you consider your senior living options, it is worth keeping both the Counterclockwise Study and Dr. Diehl’s positive aging checklist in mind.

For instance, could there be “anti-aging” benefits that come with living in a senior living community that emphasizes the importance of a healthy lifestyle and nurtures interpersonal relationships? Is it possible that opting to live in a community with other active seniors who are enjoying their retired life might actually slow down the aging process? It’s worth considering the possibilities!

*This blog was reproduced with the permission of the author, Brad Breeding. Brad Breeding is president and co-founder of myLifeSite, a North Carolina company that develops web-based resources designed to help families make better-informed decisions when considering a continuing care retirement community (CCRC) or LifeCare community.

When Is The Right Time For Assisted Living?

The decision to place a loved one in the care of another is undoubtedly one of the most difficult you’ll face. We’ve put together information

Nine Things To Look For In Independent Living Communities

You’ve worked hard your entire life. You’ve raised a family. You lead an active lifestyle. But you’re ready to downsize, sell your home, and

Ways to Celebrate the Holidays with Loved Ones in Assisted Living

Retirement communities offer activities that will help people stay active and engaged in life. Ready or not, the holidays are quickly